Behind the concept of autonomous driving lies the vision of a vehicle that moves without a driver controlling it. In the public debate, this is usually referred to as self-driving cars and trucks. The possibilities for autonomous driving are even more diverse. In principle, any means of transport can be used. The aviation group Airbus is thinking about small autonomous aircraft as air taxis in inner-city traffic, and autonomous container ships could soon be on the move at sea. Trains could move autonomously through the rail network, in agriculture tractors are already being used autonomously today. All areas agree that the use of autonomous vehicles promises greater safety, as many accidents are still caused by human error.

The development of autonomous vehicles in road traffic takes place in several stages, which differ in the degree of autonomy:

Stage 0: Driver only - only the driver is responsible.

Stage 2: The vehicle is semi-automated and has, for example, an automatic parking aid or lane keeping function.

Stage 3: The vehicle is highly automated. For example, it can change lanes independently. However, the driver must potentially still be able to take over the vehicle manually at any time.

Stage 4: The vehicle is fully automated and controls itself. The driver only needs to intervene in emergencies.

Stage 5: The vehicle steers autonomously. Only the system start as well as the target setting are still carried out by the driver. 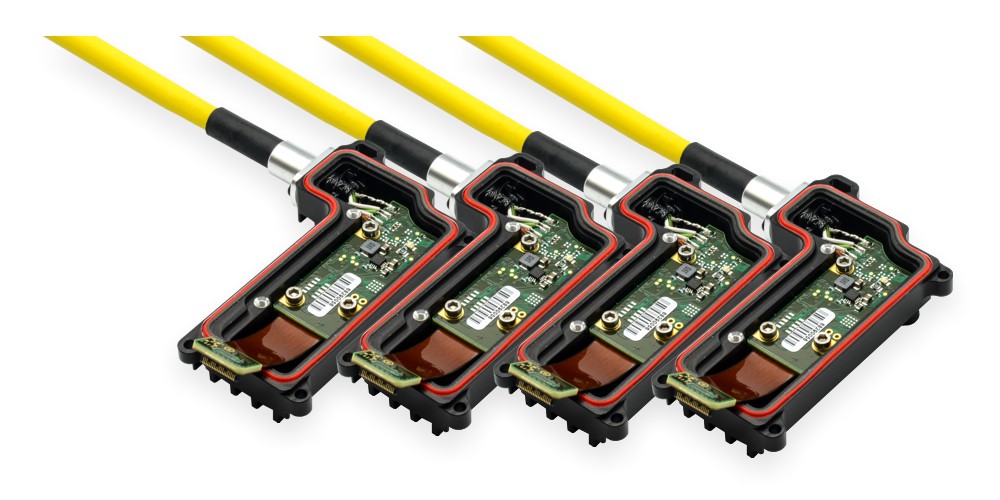 Before the ideas about autonomously driving vehicles can be turned into reality, countless hours in the laboratory, millions of test kilometres on the traffic routes and complex test routines are necessary. For many years, Kaiser has been developing so-called test adapters precisely for this area in order to deliver the raw data of the various sensors (camera, radar, lidar) at "high speed" to the test vehicles' computer centres.

How does autonomous driving work?

Autonomous driving requires various types of assistance functions that interact in the higher levels of the overall system. Examples include brake or lane keeping assistants and adaptive speed control as well as congestion, turn and parking assistants.

Various sensor systems are used for this purpose to enable autonomous vehicles to detect their surroundings. In addition to cameras, these passive systems also include laser, ultrasonic, radar and/or lidar sensors for distance measurement and for processing further information from the vehicle's surroundings.

Parts production for the automotive sector

With our mold making and associated injection molding we produce high-quality parts for the automotive industry.